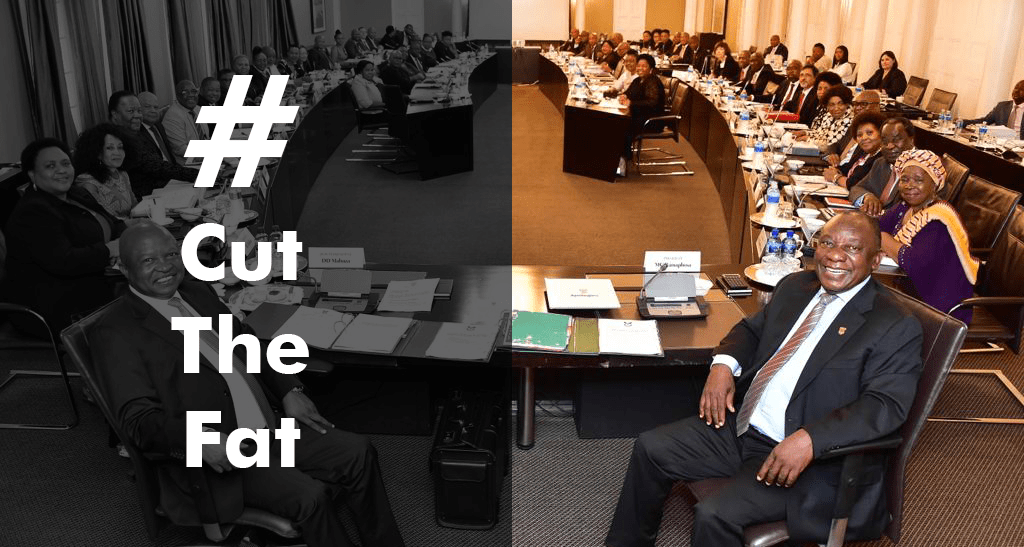 Yesterday, ActionSA revealed that Minister Tito Mboweni’s will likely table a massive increase in taxpayer funding for political parties this week. This despite the President’s admission that government doesn’t have the funds to assist families facing COVID-19 induced economic hardship, and with Treasury mooting raising taxes to pay for the COVID-19 vaccine.

As ActionSA, we reject any notion of raising taxes while President Ramaphosa’s government continues to squander billions on wasteful expenditure and turns a blind eye to the looting of state resources under the guise of ‘emergency procurement’ or ‘economic transformation’.

ActionSA can now reveal our plan to cut over R23 billion from non-strategic expenditure, more than enough to fund a national vaccination programme without raising taxes. This stems from our analysis of last year’s budget, together with the submissions of over 22,000 South Africans who participated in our #CutTheFat campaign that sought to give citizens an opportunity to share their views on the national budget. The figure of R23 billion is made up as follows:

During my tenure as the Executive Mayor of the City of Johannesburg, my administration embarked on a process to reprioritise the City’s R58 billion budget to unlock additional funds for service delivery. In a single financial year, we were able to cut non-strategic expenditure by over R2 billion to our fund priority projects. Over 3 years, we increased the allocation to engineering services (including roads, water, and electricity), housing and transport increased from 58% in 2016 to 70% by 2019.

This demonstrate that the cuts we have outlined above are entirely possible. There is money for the vaccine, and we do not need to raise taxes. But, cutting the fat requires the political willpower to turn off the taps on patronage networks, and defund vanity projects and other wasteful expenditure.

In addition to the expenditure cuts outlined above, another common issues raised by raised by citizens in their submissions to our Cut the Fat campaign was the need to end corruption and recover looted funds. This echoes the view held by ActionSA that the Scorpions should be re-established with immediate effect, along with specialised Corruption Courts and Assets Forfeiture Units to begin the process of prosecuting those responsible for State Capture and recovering the countless billions they have looted.

Despite the challenges we face as a country, hope is not lost. In the hands of a competent, ethical government we can place South Africa on a path to prosperity once again. We urge Minister Mboweni to make the difficult decisions necessary to end to political patronage and the self-serving politics that has allowed progress in our country to stall. Should he fail to do so, the voters will be the ultimate judge.