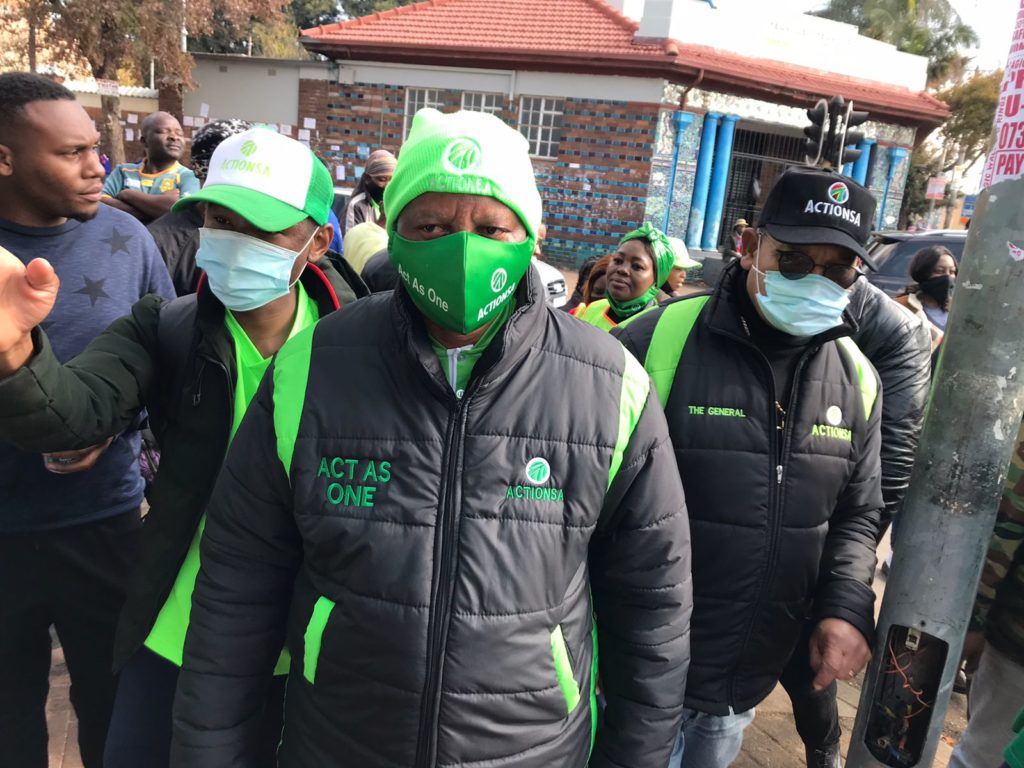 Yesterday, ActionSA conducted an oversight visit of hijacked buildings in Yeoville, Johannesburg. During our visit, law-abiding residents demonstrated how buildings in the inner city have been hijacked by a criminal syndicate operating in the area.

Like all other ANC-administrations of the past, the corrupt Geoff Makhubo and his administration has abandoned residents and is content to let criminals take over the inner city.

In the heart of Johannesburg, buildings have no running water, are barely maintained, electricity is connected illegally, rents are extracted from residents at the barrel of a gun, and sometimes residents are evicted from the buildings outside of lawful processes. This only reaffirms our resolve to ensure that the ANC is removed in the upcoming local government election.

Accompanied by ActionSA Gauteng Chairman, John Moodey and David Tembe, a Member of the ActionSA Senate and former JMPD Chief of Police, we found residents living under the worst conditions with no government action set to address the matter.

We were informed of rampant drug dealing, which apparently goes unattended even where it is reported to law enforcement. We were informed, and we observed for ourselves, that residents live in perpetual fear for their lives as there is often no visible policing.

Lastly, residents spoke to how a criminal syndicate has taken over the running of the Yeoville Market, which is a facility owned by the City of Joburg, and where South African traders have been barred from trading. It is unconscionable that the City has let the situation deteriorate to this extent.

If Geoff Makhubo’s Government of Local Corruption had any sense, they would set aside their egos and bring back #OperationBuyaMthetho, with immediate effect!

Johannesburg residents and fellow South Africans will remember that under my administration, from 2016 until 2019, then JMPD Chief David Tembe and I led countless Buya Mthetho operations across the CBD and the broader Johannesburg metropole. I understand that the program was shut down, or scaled down, on the instruction of the criminal who is moonlighting as an “honourable” Mayor of Joburg.

Coupled with my Inner-City Revitalisation Project, this multi-disciplinary Buya Mthetho program paid special attention to building hijackers. We gathered information on buildings that had been hijacked, paid them a visit, and used lawful means to reclaim them. Where we could trace the lawful owners, we did so, and we expropriated those whose owners we could not trace as part of the Inner City Revitalisation Project. The whole Inner City Revitalisation Project was set to generate R32 billion in investment, create 21,000 jobs and deliver 14,500 accommodation units for low-income families and students. The ANC government has ensured that these much-needed gains are lost, hurting the wellbeing of residents.

What is obvious is that the current administration could not be bothered with caring for this City and its people. What is needed now is for the residents of Johannesburg to put their own interests first. They must use the power of their vote and vaccinate themselves against the disease that is Geoff Makhubo and the ANC