Is the Human Rights Dream in South Africa Fading Away? 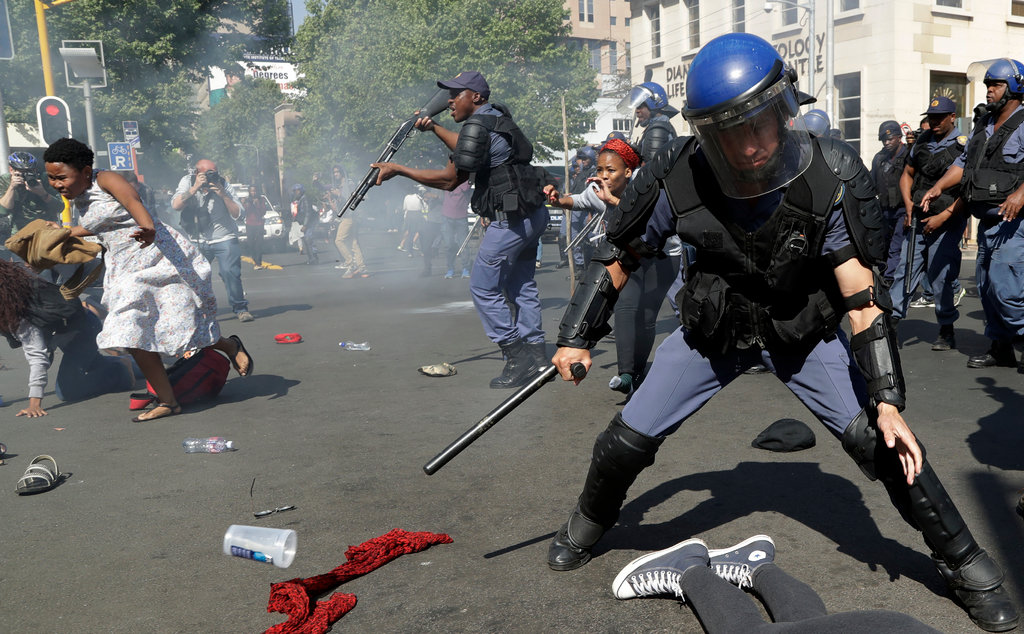 When our Constitution was signed into law in 1996 it was heralded around the world as a demonstration of South Africa’s commitment to an era of human rights.

It signalled an era where the progressive realisation to rights, denied for centuries, would be carved into stone on the work of government in South Africa.

15 years later I am very concerned.

My entry into South African politics has exposed me to the profound human suffering that takes place across the length and breadth of our country.

Make no mistake, I grew up knowing the pains of hunger and have never been insulated from poverty. However, nothing could prepare an individual for the suffering, the humanity of those who experience it and the indifference of government.

My concern stems from the fact that, like nation building, human rights have lost its lustre in our country.

I have no doubt that the many pressing challenges, that form part of the lived experienced of South Africans, are to blame for this. It is hard to care for the rights of another citizen when one is unemployed, experiences the worst of our criminal justice system and lives without basic services.

While this is undoubtedly the cause of our thick skin to human rights abuses, it should be the cause of a growing voice in South Africa, and one which is markedly absent.

I refer here to the essence of the human rights discussion – that my human rights as an individual are only worth what you, as another individual, are willing to do to defend my rights. In other words, if you do not care, human rights are not worth the paper they are written on. Critically, when you want someone to care, nobody will.

Allow me to describe three stories that illustrate the magnitude of our insensitivity to human rights abuses as a country.

The first story took place when I was campaigning to be Mayor of Johannesburg in 2016.

While going door-to-door in Alexandra my delegation and I met a young lady. In a different life she could have been a CEO in any boardroom with her presence and dignity. She showed us her shack where she lived, and I immediately noticed she had no toilet anywhere nearby. I asked her how she survived without a toilet and her answer still haunts me today. She said, “I have trained my body to only need the toilet when I am at my place of work.”

The second story came to my attention when I launched The People’s Dialogue when I was contacted by the families and former workers at Lily Mine, where 3 miners had been buried in a mine collapse on 5 February 2016.

Despite sending our own Mine Rescue Services to Chile in 2010 to assist in that disaster, our own government called off the rescue operation in a matter of weeks and declared the container in which the miners were buried, irretrievable.

Through massive legal work, we were able to prove this claim to be a lie and demonstrate how the container, and the bodies contained therein are retrievable.

However, the former miners have been refused the right to lay criminal charges against a culpable mine management, their government has ignored them, and their homes have been petrol bombed as recently as last week.

Not the NPA, DMRE, SAPS, Mpumalanga or National Government has demonstrated the slightest inkling of caring.

The third story arises from two days of public hearings that ActionSA called for in Hammanskraal to address the water crisis that has existed in that community since 2005. I grew up in this community in the darkest days of Apartheid. The Bophuthatswana government delivered clean water to us without disruption, but since 2005 a democratic South Africa has not been able to deliver clean and safe water to this community.

In 2021 this community is dependent on buying water tankers that are delivered by tenderpreneurs because the water that comes out of the taps has not been improved by a R295 million tender irregularly awarded to an individual linked to the asbestos Free State housing tender.

The sad truth is that our governments callous disregard for human rights means that these three stories are but a few of thousands of examples of our fellow South Africans being denied the Human Rights that were enshrined in our Constitution.

If there is anything that I have learned from my brief time in politics, it is this: Human Rights are relative. They are relative to the extent to which your countrymen and women care enough to defend your rights in the hope that you will do the same for theirs one day.