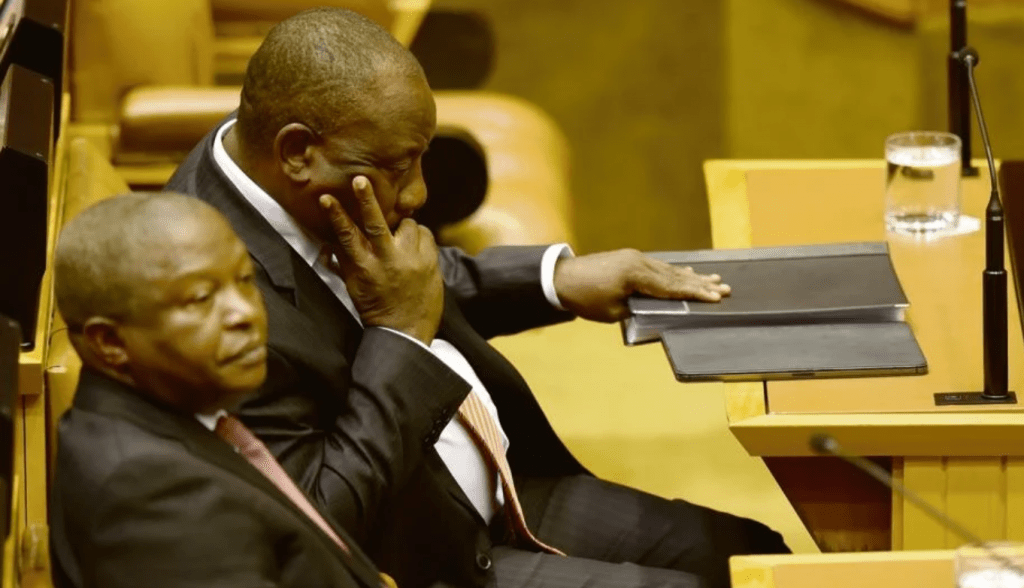 At a time when South Africans seek hope in a brighter tomorrow, tonight’s SONA represented a continuation of the SONA’s of the past. More empty words without any action.

While appropriate, the President’s praise of the resilience of the South African people failed to recognise government’s role in testing this resilience. It failed to deflect the fact that lockdowns were not used to equip our health systems, but rather to loot under the cover of tragedy.

Of greatest significance was the shocking absence of detail about the vaccination programme. At a time where the SONA needed to generate confidence in the vaccination plans of government, the absence of these plans from the President was a glaring admission that no real plan exists. More time was dedicated to report back on the development of new mega-Cities with high-speed bullet trains, than the time that was dedicated to communicate a vaccination plan. In the considerable history of failures arising from past State of the Nation Addresses, none will compare to the Presidents failure tonight to communicate a coherent plan to vaccinate our nation.

Finally despite reference to the State Capture Commission of Inquiry, no leadership was provided on the subject of former President Zuma’s creation of a constitutional crisis with his refusal to appear at the commission.

For this to be achieved South Africans will have to come together and Act as One, to:

If there is one message that arises from SONA 2021 let it be that we can get South Africa working and that there is hope, despite what emerges from our Parliament.

This hope lies not in a broken political system that has failed us, year after year, but with us the South African people. We, the good, law-abiding, freedom loving and family-oriented majority of our country can come together to Act as One to get South Africa working.