Lily Mine – Gwebu Must Be Arrested for Violating Terms of Parole 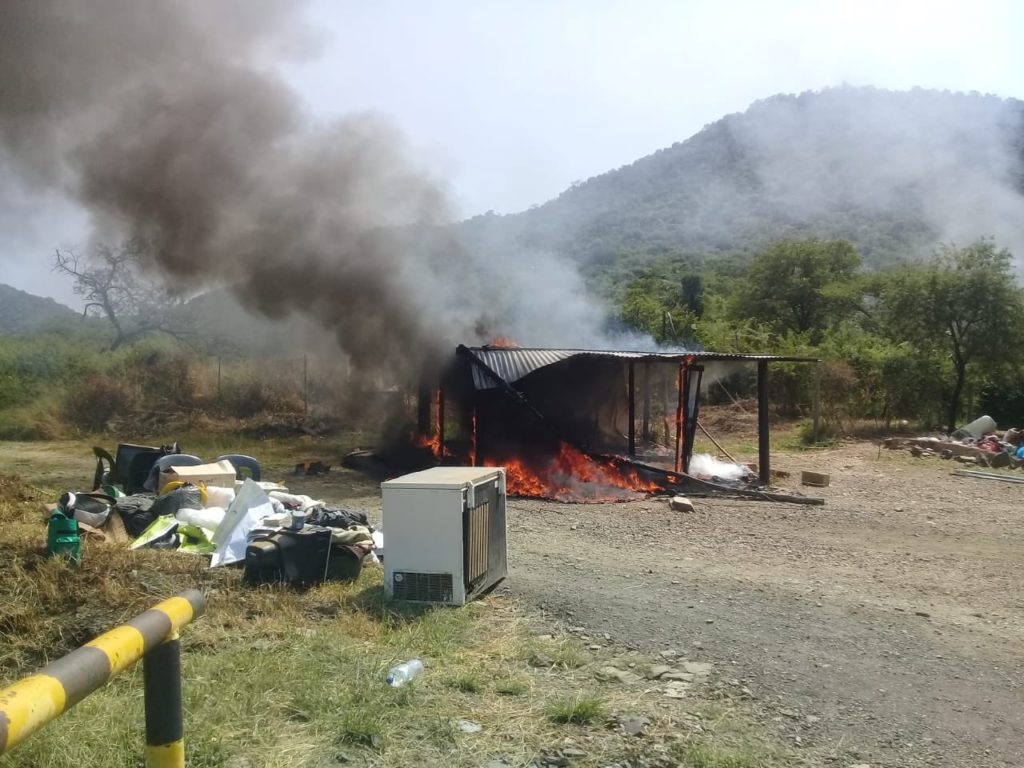 ActionSA’s legal team has written to the Provincial Commissioner of the South African Police Services in Mpumalanga, demanding answers as to why Kaizer Gwebu continues to be out on bail while having violated the terms of his parole.

Mr Gwebu was granted parole in 2013, and while on parole, he was charged with arson for allegedly setting fire to the Affected Families’ tents outside Lily Mine in April 2021 (case number 13/4/2021).

According to public records, Mr Gwebu was convicted of murder, armed robbery and illegal possession of a gun and ammunition on 13 January 2003 and was sentenced to thirty years imprisonment.

Gwebu now continues to harass Mr Harry Mazibuko, official spokesperson for the Lily Mine families and those who support them.

It is intolerable that Harry Mazibuko, who has been at the forefront of various awareness campaigns about this matter, lives under threat together with his fellow former miners and protesting families, while vile perpetrators such as Gwebu and his accomplices are allowed to roam the streets freely.

To add insult to injury, our legal team is informed that at a meeting held on 6 June 2021, between the Royal House of Chief TS Dlamini, Harry Mazibuko, and former mine employees, Gwebu dared to arrive unannounced and cause disruptions to the meeting – even blocking buses transporting former mine employees back to their homes. Eventually, he was forced to vacate the premises by the royal house security.

To this end, the Provincial Commissioner of the South African Police Services in Mpumalanga, as well as the Investigating Officer responsible for this case, must provide reasons as to why they have not sought to engage the National Prosecuting Authority to have Gwebu re-arrested for violating his terms of parole.

In terms of section 66 (1) of the Criminal Procedures Act 51 of 1977 (“the CPA”), a prosecutor may apply to have bail cancelled on grounds of non-compliance with the conditions of bail. Further, the Act states that a Court may issue a warrant for the arrest of the accused, and make an order that bail be cancelled if it is found that the accused has:

We submit that Mr Gwebu poses a direct threat to the safety of the public as well as to Mr Mazibuko. As such, we demand that immediate intervention and a response from the Commissioner by close of business on 10 June 2021.

After 5 years of asking, petitioning, and pleading for government support regarding their plea to have the container retrieved so that they may bury their loved ones with dignity and find closure for themselves as well as the children of the deceased, the former miners, and families at Lily Mine continue to be treated with disdain. We remain committed to the prosecution of mine bosses as recommended in the DMRE Report of 2018. ActionSA is currently engaging the NPA in this matter and is willing to pursue private prosecution on this matter if necessary.

Sadly, it is disappointing to note the continued silence of Minister Gwede Manteshe on this matter. It is plain for everyone to see that the government has abandoned these families.

ActionSA is not prepared to sit back and allow our criminal justice system to be hijacked by criminal elements, and we will continue to act and speak in defence of law-abiding citizens of our country without fear or favour.