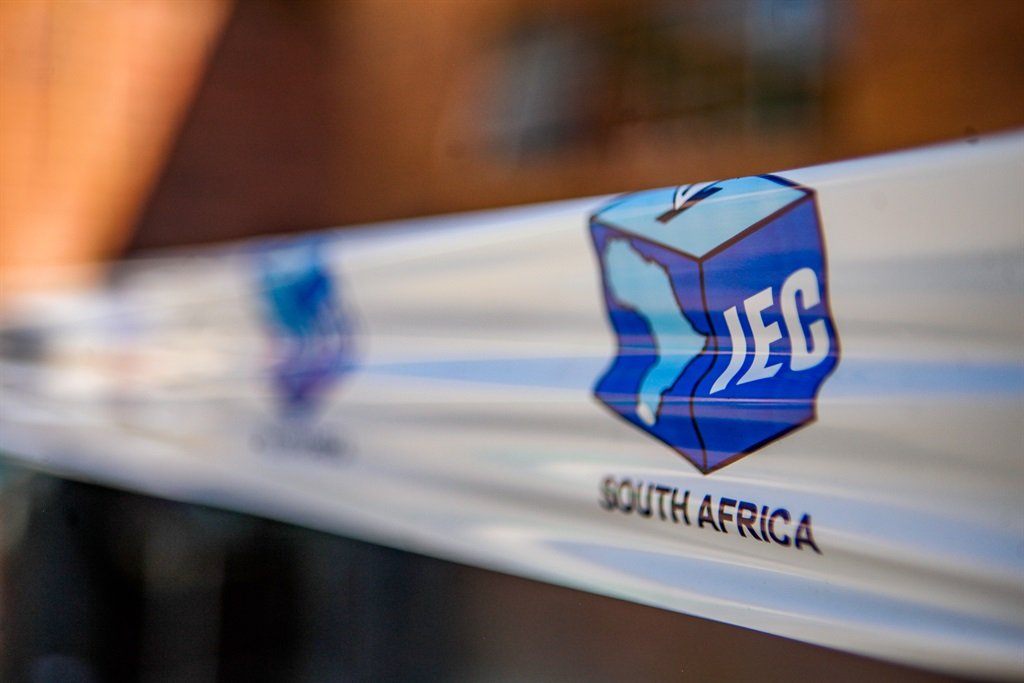 ActionSA has noted the summary presentation of the Section 14(4) Report issued by Justice Moseneke following the Public Inquiry into Free and Fair Elections, within the context of the Covid-19 pandemic, as initiated by the Independent Electoral Commission (IEC).

ActionSA does not believe voting should proceed at all costs but rather it must be guided by the prevailing infection levels and the immunity levels of the South African people.

In the report, Justice Moseneke has done exactly what we urged this process not to do – characterising the right to life and the right to vote as being mutually exclusive.

The truth is that these rights have never been more inter-related as they are in the present time when South Africans must be able to hold government and political parties to account for their performance in responding to this pandemic.

Our Constitution envisions a state capable of holding safe, free and fair elections – as many other countries have. Despite this, we find ourselves in a position where the inaction of the IEC, and its failure to deliver a concrete plan for hosting elections, has ultimately resulted in the postponement of the Local Government Elections.

Rather than leading from the front, the IEC has allowed itself to be led by the vested interests of political parties, and not providing the leadership envisioned of a constitutional authority on elections.

The environment of the pandemic necessitated an electoral authority that studied the more than 75 General Elections that were held around the world last year and produce a best practice model of running safe and credible elections in a time of Covid-19. This needed to be communicated to political parties and the South African people with sufficient volume that people wishing to vote could do so with full confidence that the process could keep them safe and healthy. As this has not taken place, the outcome from Justice Moseneke is not surprising.

Our country suffers from an accountability crisis. South Africans have been failed by our political systems, and many South Africans are left with little more than their vote every five years with which to exercise accountability over those who represent them. A decision to delay the 2021 local government election takes place within the context of the mismanagement of the pandemic, the revelations of the State Capture Commission, and the ongoing collapse of service delivery.

The consequence of such a delay is the prolonged misgovernance by political parties and councils based on the votes of South Africans more than 5 five years ago. To say a lot has changed in that time would be an understatement.

While ActionSA is disappointed by the outcome of the report by Justice Moseneke, we maintain our original submission to the Moseneke process that a delayed election outcome was always likely given the failure of the IEC to fulfil its constitutional function.

ActionSA’s submission to the process requested Justice Moseneke to consider extending his terms of reference to make a finding about how the IEC may or may not have fulfilled its obligations with regard to the preparations for the 2021 local government elections. The absolution of the IEC in this respect, by Justice Moseneke, is perhaps the least substantiated component of the report.

“Ghost” Mayor Does Nothing To End Job Threatening Blackouts

“Ghost” Mayor Does Nothing To End Job Threatening Blackouts 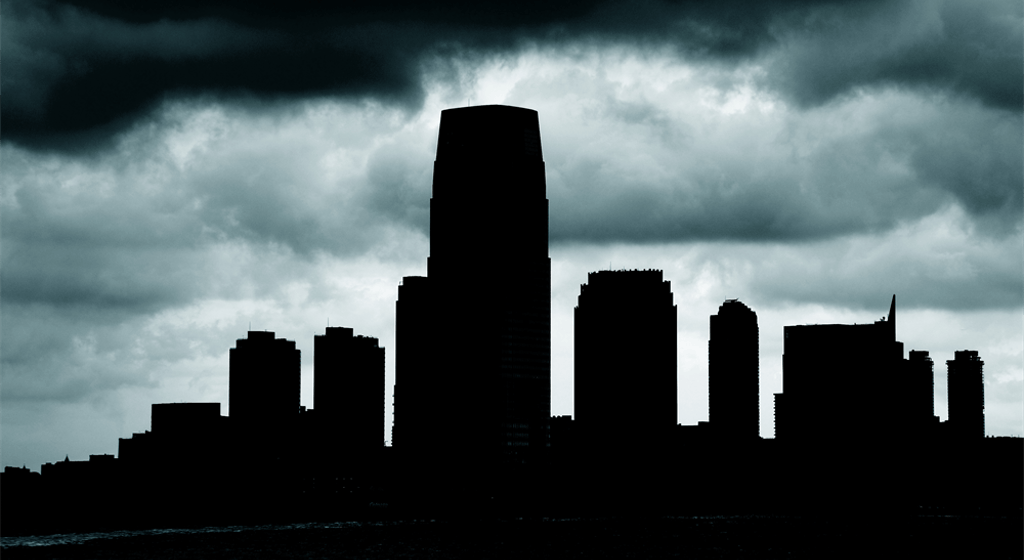 Today, the City of Tshwane must present a maintenance plan for all Tshwane substations following another round of prolonged blackouts in the East of Pretoria. Since this past weekend, residents of Faire Glen, Olympus, Equestria, Lombardy, Donkerhoek, Wapadrand, Boardwalk, Zwavelpoort, and Silverlakes have been plunged into darkness after a fire broke out at the Wapadrand Substation.

It is expected that the present blackout could last up to a further two weeks for some areas.

As per usual, the City of Tshwane’s “Ghost Mayor”, Cllr Randall Williams, is nowhere to be seen as service delivery within the city continues to deteriorate and residents suffer.

Every day without power not only hurts residents, but threatens jobs at businesses which cannot continue to operate under this environment. One would think that in the present circumstances, ensuring that City’s electrical services are fully operational would be a priority for Cllr Williams.

With the Ghost Mayor’s continued absence on the many crises faced by Tshwane, residents would be better served by ensuring that they vote him out in the coming elections. Indeed, the City has gone from reporting financial surpluses in revenue collection to bankruptcy while under his absentee leadership.

The City must present a plan that will demonstrate how future blackouts are to be prevented. Indeed, the fact that some residents may go a full two weeks without power is unacceptable. The current blackouts in the City are a result of poor maintenance of infrastructure under the DA-led government.

Residents cannot continue to be subjected to ongoing service delivery failure by the DA. The present blackouts could have been avoided had the City been performing regular low maintenance on these substations.

Equally concerning is the looming jobs blood bath set to take place in Ekandastria due to power cuts which the City of Tshwane is threatening.

Political squabbling between the ANC-led Mpumalanga Provincial Government and the DA-led City of Tshwane municipality is endangering the continued existence of some 20 factories providing jobs to the communities of Ekangala, Zithobeni and Bronkhorstpruit, where the unemployment rate is estimated to be as high as over 80%.

When the City of Tshwane merged with the Metsweding District Municipality in 2011, the Mpumalanga Economic Growth Agency (MEGA), the entity collecting rates within the Ekandastria area, was not absorbed into Gauteng Province nor was its responsibility towards Ekandastria clarified. Despite businesses continuing to pay for services, they now face the threat of power cuts due to the bickering between MEGA and the City of Tshwane over rate collection.

The present situation needs strong political leadership from “Ghost Mayor” Clllr Williams. Once again, he is missing in action. In order to prevent the loss of jobs in the area, the City must:

After surviving the recent looting and violence that took place in neighbouring Mamelodi, the last thing these businesses need is the city cutting their power supply. The manufacturing sector is a critical player in South Africa’s economic recovery and we must do everything we can to create an enabling environment for these businesses to thrive.

As ActionSA, we will not allow for jobs to be threatened by petty bureaucratic bungling. Should the City fail to act, we will engage the Gauteng MEC of COGTA, Lebogang Maile, to intervene and assist this desperate business community.

In the coming Local Government Elections, ActionSA stands ready to ensure the delivery of quality services to the residents. We will ensure that power interruptions to businesses will be a thing of the past by upgrading and emphasising maintenance of critical infrastructure and pursuing affordable independent electricity procurement opportunities.

The only way to bring change and real service delivery to the City of Tshwane is by voting “Ghost Mayor”, Cllr Randall Williams and the DA out.

We urge the people of Tshwane to go prepare themselves for change by registering to vote during for the coming local government elections. 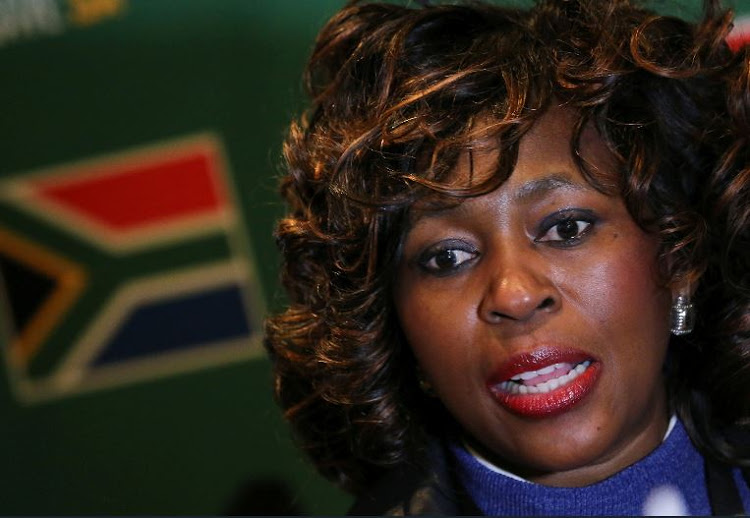 I am alarmed by reporting appearing in the Independent Media’s Daily News, and sister publication, Pretoria News, erroneously claiming that I stand against the arrest of former President Jacob Zuma.

The article is a disappointing and gross misrepresentation of my views, which are taken outside of their proper context.

Allow me to set the record straight.

In my discussion with Mr Thabo Makwakwa around the recent violence in Kwa-Zulu Natal (KZN) and Gauteng, I highlighted the fact that – his contemptuous conduct aside – Zuma remains a major cultural and political figure for some residents within KZN due to his work in the fight against apartheid. These residents, particularly those in traditional communities, see Zuma’s arrest as an act of submission to the Constitutional Court’s order. In that respect, more needs to be done in ensuring that all residents understand the operation of our country’s Rule of Law and that it applies to all people, irrespective of who they are or their status in society. Without this proper understanding, for some residents, the arrest of Zuma was, and continues to be, perceived as a double standard. This perception, ultimately, led to the initial violent protests witnessed in KZN.

These protests subsequently became the coordinated terrorist attacks we have witnessed over the past two weeks in not only KZN, but also Gauteng.

At no point did I express the opinion that it was wrong to arrest Zuma, nor did I accuse the judiciary of overstepping its boundaries. This claim is without foundation. Equally, my comments regarding Zuma’s sentence have been placed outside of their proper context. It is no secret that, for his supporters, Zuma’s age and the present rise of COVID-19 have served as a basis for their argument in mitigation of his sentence – that was the proper context of my comments. I continue to fully support the Constitutional Court’s imposition of a sentence against Zuma.

Indeed, if anything, since the beginning of these coordinated attacks on residents, and both private and public property, I have consistently called for all South Africans to respect the rule of law despite how deeply angered we may feel about the looting and violence which has taken place in KZN and Gauteng, or its genesis. This includes respecting the ruling of the judiciary. I will equally continue to support our judiciary in this respect.

Ultimately, it remains my contention that in order to bring a proper understanding of the judicial process to all residents, urban and traditionalist alike, we must demystify the law and directly address people’s perceptions around its operation. That includes addressing conspiracy theories around the politicisation of our legal processes.

I have engaged the publication concerned regarding this misreporting and trust that they will do the correct thing by correcting this grave error in order to preserve the integrity of their profession.

The IEC Does About Turn on Fundraising for MPDF

The IEC Does About Turn on Fundraising for MPDF 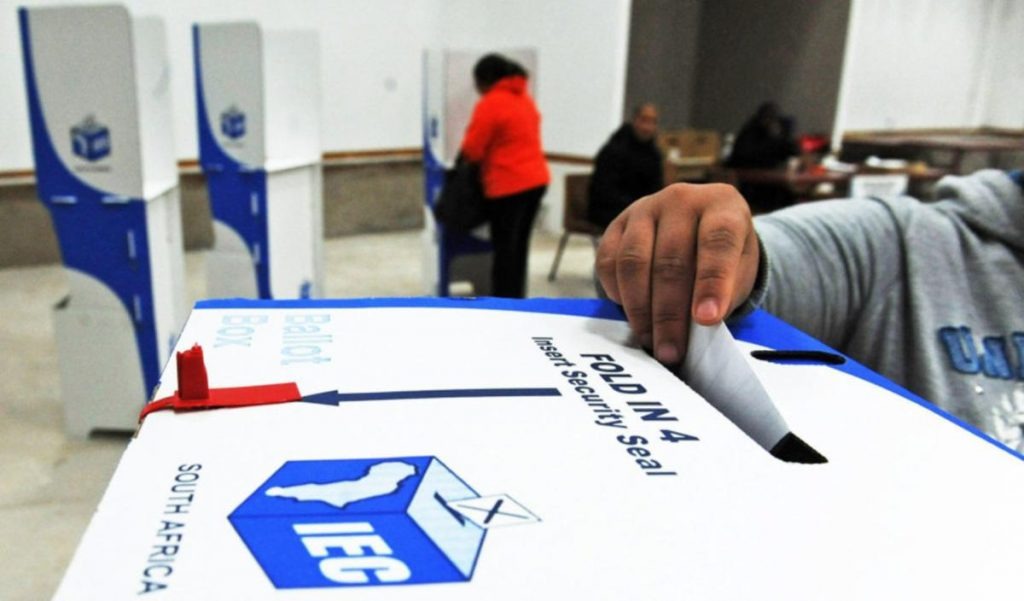 The IEC has conducted an about-turn on its active involvement in fundraising for the Multi-Party Democracy Fund (MPDF).

The reversal from its previously communicated position arose in the exchange of legal letters, in which, the IEC conveyed that the donations into the fund, to date, and anticipated donations, do not arise from active fundraising on behalf of the IEC.

This follows 6 weeks of meetings and letters, including from the Chairperson of the IEC, Mr Glen Mashinini, where the IEC vigorously defended its involvement in actively fundraising for the MPDF.

While ActionSA is pleased with the IEC’s change of approach on the matter, it remains unclear as to what has brought about this about-turn.

On the one hand, it is possible that the IEC realised that they, coincidentally, had nothing to do with the specific donations in question and that conveying this quells any prospect of an urgent court interdict. It is equally possible that the IEC has received legal advice that their involvement in active fundraising to the benefit of some political parties is patently a violation of their constitutional mandate.

We, however, remain adamant that the efforts of the IEC to disassociate from any role played in respect of current and imminent donations, does not equate to accepting that no active role in fundraising will take place in the future.

For this reason, ActionSA has written to the IEC and conveyed its demands that the IEC be given until close of business on Friday 30 July 2021 to provide us with satisfactory measures that no official or agents of the IEC will actively solicit donations for the MPDF in the future.

Should the IEC not accede to this demand, ActionSA will approach the High Court to obtain declaratory relief.