Municipalities Boast Clean Audits While the Poor Live in Squalor 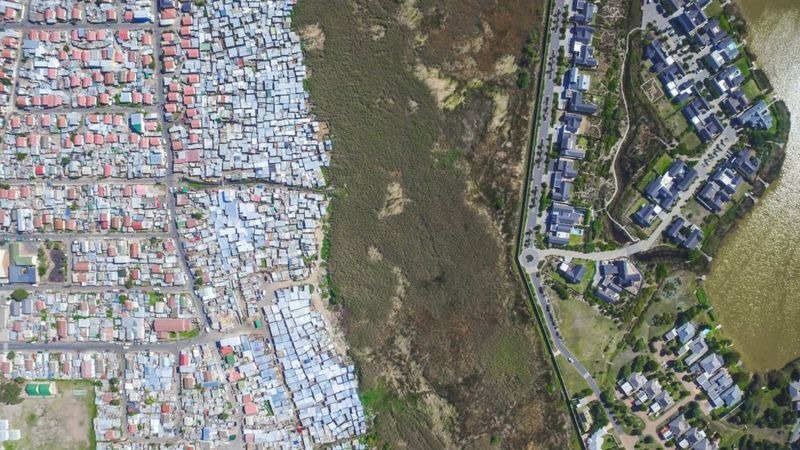 The difference between the haves and have nots in the Western Cape is alarming, yet one wouldn’t be able to distinguish between the two by merely depending on the so-called excellent governance track record of the Democratic Alliance in the Western Cape. Given the fact that the Province has received yet another glowing audit report making it its eighth consecutive clean audit, one cannot help but wonder how the DA’s budgetary priorities have benefitted poor communities in the Province.

In 2017, the Auditor General Kimi Makwetu was quoted as having reaffirmed the Western Cape as the leading Province for clean audit outcomes and good governance. Furthermore, that the Province had fostered a culture of accountability and expecting nothing less than sound administration.

It is common cause that a clean audit accounts that a municipality has complied with the laws of the country and submitted financial records with integrity. Nonetheless, we must not shy away from examining how municipal budgets have been allocated. Are budgets arranged to address the needs of the poorest and often neglected communities in our cities? To simply audit the city’s expenditure against the budget is only but part of the story that does not reflect how the City has targeted improving the quality of life of poor people.

Take for example Khayelitsha, Gugulethu or Mitchell’s Plain. Having visited these communities on several occasions, one shivers at the fact that the names given were meant to lift the spirits of the residents who were to live there. I mean Khayelitsha means “new home”, Gugulethu means “our pride or our treasure”. Yet, if you have been to either of these places you will know that there is nothing homely about Khayelitsha and very little to treasure about Gugulethu.

There can be no denying that residents of these communities continue to be tormented by the knees of government at their necks because of the string of broken promises by politicians who they say only care about them around election time.

While on the #ActAsOne National Tour of the Western Cape a week ago, we met with community leader, Mr. Madikana of the Ethembeni informal settlement in Makhaza, a part of Khayelitsha who expressed his dissatisfaction with the Western Cape government’s failure to provide adequate housing for those who need it and qualify. He asserted that he is one such person but has since learnt that his house was allocated to someone else who is allegedly more politically connected than he is. Sadly, this is not the story of the Western Cape alone.

Enter Bulelani Qolani, the young man who was indecently and forcibly removed from his shack earlier this year. When I met him, I had thought I would be meeting a more senior person, only to learn that he is a young man who left the Eastern Cape in search of better prospects for him and his girlfriend in the Western Cape. But that was not to be. Instead, what he found was abject poverty for the have nots in the Province.

The young man spoke of the long unemployment track with little prospect for the likes of him to achieve their modest goals: a good paying job and a decent home. He said: “I am tired of politicians coming in and out of our community. We pour our hearts out to them, give them our vote only to have them never to return, nor try to help us get out of these slums or better the conditions under which we live”.  A heart-breaking demonstration of what a lack of political will looks like and how it is ultimately the poor who bear the brunt of it in Western Cape.

I wonder whether the more affluent residents of the City of Cape Town are aware of the devastating living conditions that their fellow residents across highways and adjacent neighbourhoods are subjected to. What more of the Parliamentarians who spend half of the year in Cape Town?

Likewise, is the City of Johannesburg. Hailed a World Class African City by the ANC and Mayor Geoff Makhubo’s administration. It baffles the mind as to what is meant by that statement. One need only visit a slum like Princess, one of the more than 200 informal settlements in Roodepoort, Alexandra Township, or Slovo Park, not to mention the inner city where hijacked buildings have turned into dens of filth, criminality and poor living conditions where people are packed into single living spaces like sardines, to know that there is nothing world class about our city.

We ought to be ashamed of ourselves to be living in places like Sandton, Bryanston and Waterfall or Steyn City, driving our expensive cars, enjoying our luxury homes when the poor live in abject poverty with no basic services like adequate ablution facilities. Disappointingly, when those given the mandate, by the very same people to govern and improve their living conditions, squander that opportunity and spend the bulk of their time playing political games instead of serving society.

Tell me, how do we as the people of South Africa hope to become a prosperous nation when the least among us battle burst sewerage lines, poor schooling, lack of access to basic healthcare and housing, and viable job opportunities. How can we boast clean audits and be proud to be called world class African cities…and by whose standards, when our people’s cries for the bare necessities of life fall on deaf ears?

While I was the Mayor of Johannesburg, I did my best to ensure that our people’s basic needs were met. Being out of my depth and new to politics, going to work every day was like going to war as I battled to manage a seven-way coalition agreement with my home party being the most difficult partner.

However, we managed as a multi-party coalition government in Johannesburg to improve access to primary healthcare by opening 6 new clinics and rolled out 10 mobile clinics. We tarred 88km of gravel roads mostly in the City’s poorest communities. We electrified over 10,000 households for the first time and provided over 11,000 ablution facilities to those without basic sanitation. We also adopted arguably the most progressive Inclusionary Housing Policy in South Africa, which incentivised developers to make 30% of new developments available for affordable housing.

Perhaps the time has come for us as a nation to re-examine who we are, who we want to be, and more importantly what type of leaders will get us there. The sooner we do that, the better it will be for us, and more so for future generations to come.