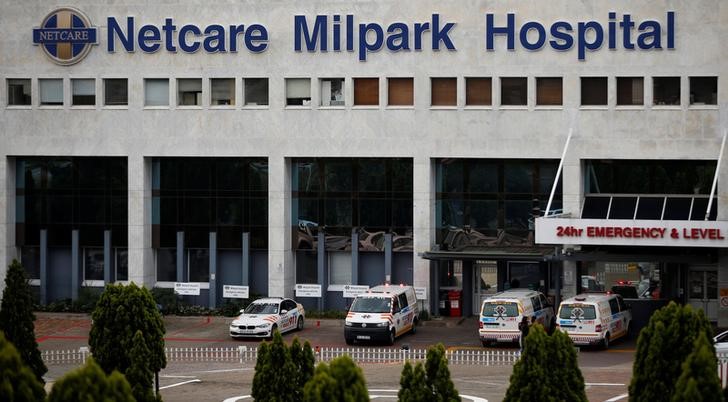 ActionSA has learned that Milpark Hospital has been forced to withdraw from their commitment to treating injured Public Safety and City Power staff, effective 1 May 2021, resulting from over R34m of unpaid debt.

It has been conveyed to ActionSA that numerous efforts to resolve the matter have failed. In fact, several letters have been written to the now suspended MMC of Public Safety, Ms Mally Mokoena, who has not had the decency to acknowledge receipt nor respond.

Because the City is unable to pay their bills to Milpark Hospital, any Public Safety Officers and City Power employees injured on duty will no longer receive the best medical treatment.

This takes place when the MMC of Public Safety, Cllr Mally Mokoena, is on unpaid suspension for hiring an unqualified relative and then spending a fortune in legal costs when the arrangement turned sour.

Moreover, it takes place at a time when Mayor Geoff Makhubo is seeking to expand the staff component of the political offices in the City. The City of Johannesburg currently employs over 1600 political staffers, costing rate payers over R160m.

During my tenure as Mayor of Johannesburg, there were too many occasions where I sat by the bedside of JMPD officers who had been shot, hit by drunken drivers or some other form of injury on duty.

Brave and committed JMPD Officers went about their difficult and dangerous work knowing that the City of Johannesburg would ensure they received the best medical treatment. This is no longer the case.

Furthermore, during my term in office we had a special unit created for officer wellness, which has subsequently been disbanded.

Mayor Geoff Makhubo remains available to take selfies at roadblocks with JMPD Officers but when those officers need help, they will be on their own.

Of greatest concern is the silence of the trade unions in this matter, who are clearly pandering to the ANC rather than representing their members.

With this kind of leadership, Public Safety Officers and City Power staff would be forgiven to feel abandoned.

Having visited many of the city’s Public Safety officers at the scenes of their injuries as well as at their bedsides during their times of receiving medical care, together with former MMC of Public Safety and former Chief of Police, David Tembe, I will not sit by and watch Mayor Geoff Makhubo and Mally Mokoena get away without being held accountable for this matter.